Hello, my name is Mihoko Mueller. This name has a meaning. “Mi” of “Mihoko means “beauty” and “ho” means “rice ear”. My father named it impressed by beautiful rice ears trailing to the wind in the farm of his hometown.

How I got here

I married my Swiss husband in 2008 and got a chance to live here in Switzerland. We now live in Zug.

I’d like to meet many Swiss people and introduce also Japanese culture and tradition through teaching Japanese. I also learn Swiss culture everyday, which is not only cheese and chocolate, and it is full of surprises and discoveries. I would like to develop a good relationship between the peoples and cultures of Switzerland and Japan. 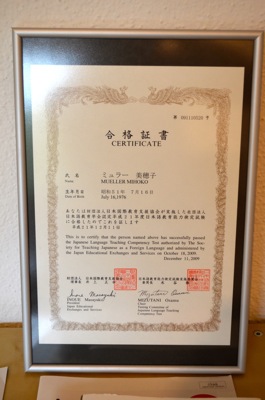